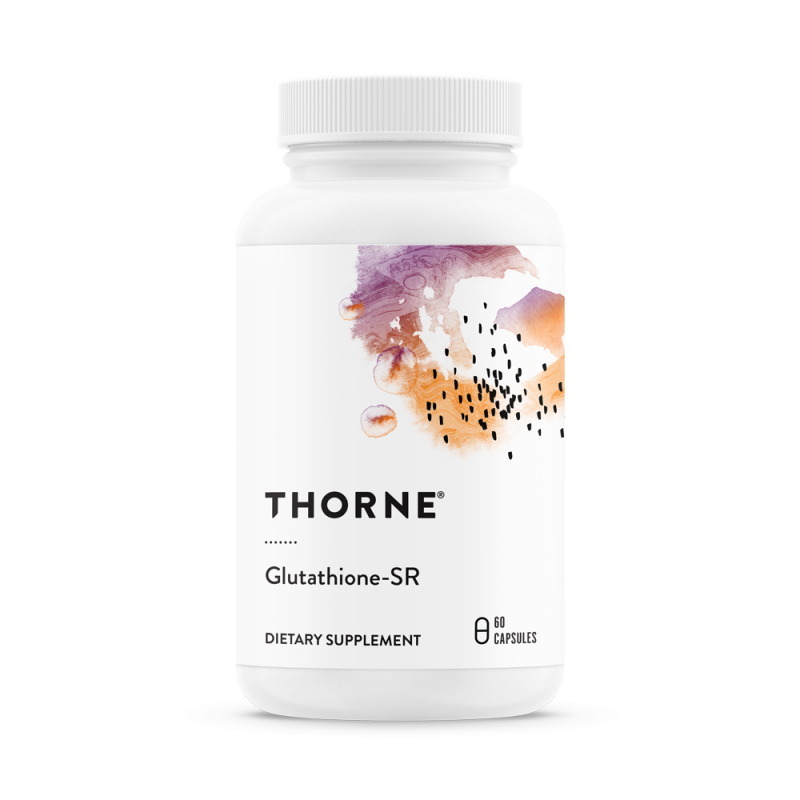 The liver is the body’s largest reservoir for glutathione. A potent endogenous antioxidant, glutathione is essential for phase I and phase II liver detoxification.* Unfortunately, lifestyle issues and conditions that negatively affect liver health can result in a decreased amount of liver glutathione.

A common mistaken belief is that glutathione is not well absorbed when it's taken orally, but significant data confirms it is efficiently absorbed across the intestinal epithelium by a specific uptake system.*

Glutathione-SR represents a breakthrough in glutathione supplementation. Absorption of oral glutathione can be impacted by stomach acid or enzymes in the duodenum, which can break down glutathione into its amino acid components. However, the sustained-release form of Glutathione-SR protects it from stomach acid and digestive enzymes, allowing for slower release and a more steady level in the blood of this essential nutrient.*

Glutathione-SR is NSF Certified for Sport.

Take 1 capsule two to three times daily or as recommended by a health-care practitioner.

This product is contraindicated in an individual with a history of hypersensitivity to any of its ingredients.

If pregnant, consult your health-care practitioner before using this product.

There are no known adverse interactions or contraindications at publication date.