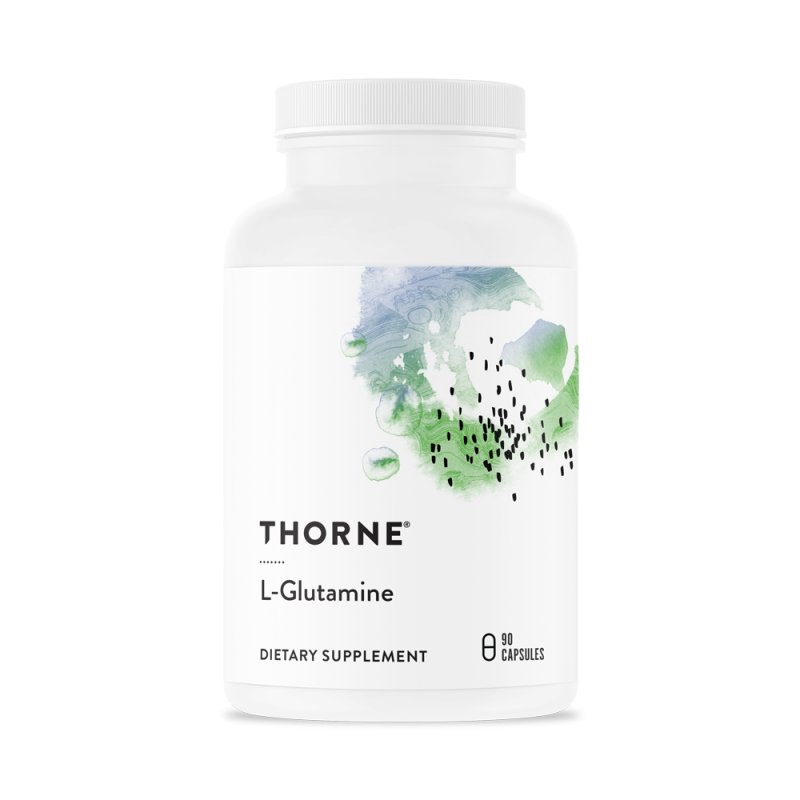 L-glutamine is the most prevalent amino acid in the bloodstream. It is found in high concentration in skeletal muscle and lung, liver, brain, and gastrointestinal tissues. Skeletal muscle contains the greatest intracellular concentration of glutamine, comprising up to 60 percent of total body glutamine stores, and muscle is the primary storage depot and exporter of glutamine to other tissues. However, the gastrointestinal tract is the greatest user of glutamine in the body because glutamine provides the primary fuel for the nutrient-absorbing cells that line the walls of the small intestine.* Various stressors – such as trauma, infection, malnutrition, chemotherapy, and others – can impact the normal function of the enterocytes of the small intestine by adversely affecting how substances are absorbed. For example, when gut permeability is impaired it can allow large protein molecules to diffuse across the intestine – that would otherwise not – and enter the bloodstream. The body can identify these large protein molecules as foreign and mount an immune reaction against them, which can result in the development of food allergies. In numerous animal studies, in which hyper-permeability of the intestine is experimentally induced, the addition of glutamine improved permeability function as well as the gut's immune function.* Under certain circumstances the body's tissues need more glutamine than the amount supplied by diet and internal production.* In times of metabolic stress, glutamine is released from the muscles into the bloodstream, where it is transported to the tissues in need.* But glutamine concentration in the skeletal muscles can be affected by various insults, including injury, infection, prolonged stress, malnutrition, and the use of glucocorticoids. Research demonstrates glutamine supplementation may be of benefit to the needed structures and functions.In addition, as noted above, evidence suggests supplemental glutamine may provide benefit for gastrointestinal health, as well as support for wound healing, immune health, and nutrient support for individuals undergoing chemotherapy and radiation.*

Take 1 capsule three times daily or as recommended by a health-care practitioner.

This product is contraindicated in an individual with a history of hypersensitivity to any of its ingredients.

If pregnant, consult your health-care practitioner before using this product.

There are no known adverse interactions or contraindications at publication date.